I read an article the other day about a high school girl who refused to stand for the “Pledge of Allegiance.” I saw myself in her. I did the same thing when I was in eighth grade. At the time, Los Angeles felt post-apocalyptic. We were only a few years removed from the Latasha Harlins case and the LA Riots. My Black and Brown friends were being assaulted and handcuffed for no reason, murdered with impunity and many fell prey to mandatory minimums. I watched as children of immigrants jumped from the second-story windows of my junior high school to protest threats of deportation from a country that was stolen from their ancestors. I walked past homeless people begging to be seen as humans. Gay friends could not walk hand-in-hand. So I could not understand how I could be asked to pledge allegiance when I knew “with liberty and justice for all” was bullshit. It still is.

The young protester was expelled from school. She filed a lawsuit, determined to hold the Constitution to its promise. I hope she wins; but I’m a cynic. Even if she wins in court, she’s fighting to be readmitted to complete an inadequate education. S.T.E.M. classes are undervalued. Books are being removed from English and history classes for being too offensive.  All that’s left are watered down texts perpetrated as knowledge. They won’t tell our kids the truth. If they did, the system could not train them to be new slaves.

I want to write this young woman a note of encouragement. I want to tell her not standing means something; but I can’t. Just as my mother couldn’t tell me.

I love my country. She taught me “God Bless America” in elementary.  I sang with sincerity and my hand over my heart, but that was before I learned the history America wants to forget. She doesn’t want to talk about the European men who raped, murdered, robbed, and left her in bloody pieces. She tries to distract me with patriotism, but she can’t hide the truth. This is not the “give me your tired, your poor huddled masses yearning to breathe free” America. I have hope for that America. I’m willing to fight for that America. The truth is that version of our country is still just an idea written on old paper. It is the truth America fears the young protester already knows. 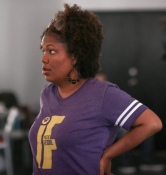