He said, “as sure as I’m sitting here / I shouldn’t be”
Playing on the devil’s playground / He had 3 bullets with my name on it
1 still in me
scratching his goatee & lifting his chin / he said he know why he’s still here

Now he knows what being a G is all about. 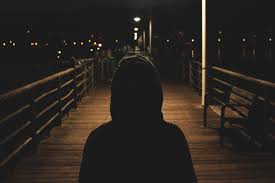