Call me dumb! But The Maya Angelou I knew in the 90s was more like a particularly well-spoken television personality. It was more like I had an attachment to the comfort I felt when I heard her voice. I vaguely remember excerpts of her breakout autobiography I Know Why the Caged Bird Sings. For some truly great artists TV’s penchant for 10-second sound bites and 30-second clips has the odd effect of turning down the bling on their otherwise stellar and legendary career. I knew she was really good friends with Oprah Winfrey and that young black girls especially loved her because of those cutesy self-esteem poems like Still I Rise and Phenomenal Woman. I feel like I’ve heard those poems one time too many at a graduation ceremony somewhere or at a Sunday School children’s recital.

But reading her work—particularly her poetry collections—whatever I thought about Maya Angelou changed. I quickly found out Maya is absolutely a wordsmith of the highest order. I will not say everything she wrote was golden. I will say as a writer she’s worthy of far more street cred than I previously thought. Anyone who believes her literary legacy can be reduced to the stylized limerick of a positive-thinking performance coach either simply has not truly read her work or they have completely misunderstood how precisely and purposefully she deployed her gift.

First Maya Angelou was an activist to the bone. Remember this is the woman both Martin Luther King Jr. and Malcolm X personally charged with significant leadership roles in their respective organizations at the height of the Civil Rights Movement.

A writer’s best defense is their own words. As soon as I started reading her very first book of poems, Just Give Me a Cool Drink of Water ‘Fore I Diiie I kind of had to let go of the deified Sunday morning image I had stuck in my head. She always reminded me of one of the church mothers on the usher board. In her poem A Zorro Man she writes:

Now the Church ladies I knew growing up did not talk like this—at least not in earshot!

She came home running/back to the mothering blackness/

back to the smothering blackness/

Her imagery was so crisp, clean and powerful. My senses were popping. Then I got to her poem Riot: 60’s and in just a few lines Maya painted a vivid and layered portrait that smelled like the black cities and kitchens and backyards cookouts I knew:

lives tied to/ a policeman’s whistle

I just never expected to discover what felt like a brand new fresh Maya—the electric images the textured metaphor. In My Arkansas from And Still I Rise she writes:

There is a deep brooding/ in Arkansas./

The sullen earth/ is much too/ red for comfort. 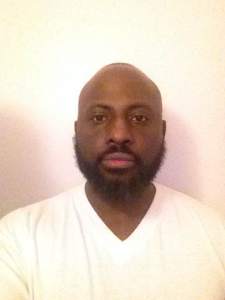 “The voice is where the magic begins. It is with this sound that the spell is spoken and sent across the universe.” ~ Brad Walrond

Poet, writer, performer and activist Brad Walrond was born in Brooklyn New York to first generation Caribbean parents from Barbados. Brad began writing and performing at the age of 24 when he was asked to participate in a theatrical production curated by the legendary entertainer and activist Harry Belafonte.

Shortly thereafter Brad discovered a thriving community of artists, writers and performers at the Sunday Tea Party at Frank’s Lounge in Brooklyn. The Tea Party was an instrumental incubator as Brad honed his craft soon becoming one of the foremost writers and performers of the Black Arts Movement of ‘90s. It was at the Tea Party and other venues like the Brooklyn Moon Café, the Nuyorican Poets Café and numerous venues in and around NYC that Brad had the pleasure of sharing the stage with renowned writers, poets and artists including Abiodun Oyewole of the Last Poets, legendary actress/writer Ruby Dee, Erykah Badu, Saul Williams, Jessica Care Moore, Mos Def, Liza Jesse Peterson, Universes (Then: Mildred Ruiz, Stephen Sapp, Flaco Navaja and Lemon Anderson) and Craig “muMs” Grant.

Brad’s creative voice is rooted in an activist tradition. While pursuing his creative path Brad also served as Assistant to the National Program Director of Pathways to Teaching Careers and as Director of Education at FACES—the historic non-profit in Harlem New York first to respond to the HIV pandemic targeting at-risk populations of color.

Brad received his BA at the City College of New York and received a full scholarship to pursue is doctoral studies in the Department of Political Science at Columbia University. Brad’s battle with major depression upended his studies and he chose to pursue an alternate career in the culinary arts. Brad has had the privilege to cook at some of the finest world-class kitchens in New York City.

For nearly a decade, due to a demanding work schedule, and a persistent depression Brad became disconnected from his creative voice. Fortunately with what he attributes to much prayer, perseverance and professional medical care Brad has found his way back to the rich echoes of his creative voice.

The voice is to a poet what point of view is to a visual artist. It is your signature footprint on the creative landscape. Brad has returned with fervor to his prodigious creative terrain and is claiming his rightful place in it. He has been missed. He is more then just a poet or a speaker of words; he is a weaver of spells and bringer of passion and light.