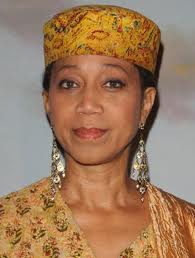 the oldest child. the one who clearly remembers. I am the one who appears to have “kept it together”. the one sought for direction and clarity.

Attallah Shabazz is the daughter that can silence a crowd with her commanding beauty and strikingly visible resemblance to her father, Malcolm X. Attallah became the artist to this family that was thrown in the political arena. She is a lecturer, playwright, director, producer and performer. She mirrors her art to her father’s message to continue to elutriate ill perceptions. She has found her own voice to preach her own gospel of human rights and self-esteem.

In an interview, Attallah speaks of having coloring books and reading books that depicted persons from black history. She continued, “So when I went to school and parts of me were omitted from history books, I knew the hole wasn’t in me, it was in the books.” Some days I feel like Attallah Shabazz because even though I learned the hole wasn’t me later in life… when I did find out, my art began a path that had a natural commitment to preserving my community and its’ vernacular.

One thought on “some days i feel like, attallah shabazz”